The New Dodge Demon with 840-horsepower

The Most Powerful Production Car on the Market

The Dodge Demon is the world’s fastest 1/4 mile production car, making it an absolute necessity for those who put power first. The supercharged 6.2L HEMI SRT Demon V8 engine is able to deliver an incredible 840 HP, which is further served by the air-grabber Hood Scoop and the Torque Reserve Launch System. Racing-ready wheels are designed for drag strip performance, and the vehicle on a whole has been designed specifically with drag racing in mind. Additional records include the first wheelie by a production car. A new after-run chiller and power chiller ensures that the engine remains cold, and the engine itself is the first out of all production cars to run on 100+ high-octane racing fuel.

A “Sinister Appearance” Brings out the Demon in Dodge
Red and black make the Dodge Demon appear to be absolutely sinister and imposing – and that’s exactly what Dodge is going for with this incredible new machine. Low to the ground and with a wide body, the Demon is purpose built to be an aggressive, menacing vehicle, in addition to operating as an elite performance machine. More muscle than sport, the Dodge Demon features a deep black, flat grille, coal black tires, and a functional and impressive Air-Grabber hood scoop. This is a vehicle that is intended to catch eyes wherever it’s seen.

Despite all of these stylings, the Dodge Demon has been constructed to be incredibly light, at 4,280 pounds. When purchased standard, the Dodge Demon also only comes with a single driver’s seat – though passenger seats can be added if desired. Only a few thousand of the Challenger Demons will be sold throughout the United States, which also makes them an incredibly sought after car. It will only be sold through a few choice dealerships located throughout North America.

With both an incredible psychological and physical impact, the new Dodge Demon offers everything that a drag racer could desire. Not only is the machine itself incredibly powerful, but it also has a bold, unique, and impressively aggressive design. Shattering nearly all of the current performance-related records in production cars, the Dodge Demon has separated itself from the pack — and made it possible for its owners to separate themselves from the pack. Only a few thousand will be available, and the price for the Dodge Demon will not be announced until the middle of 2017. 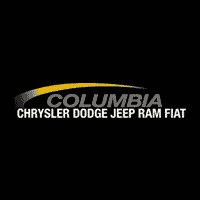